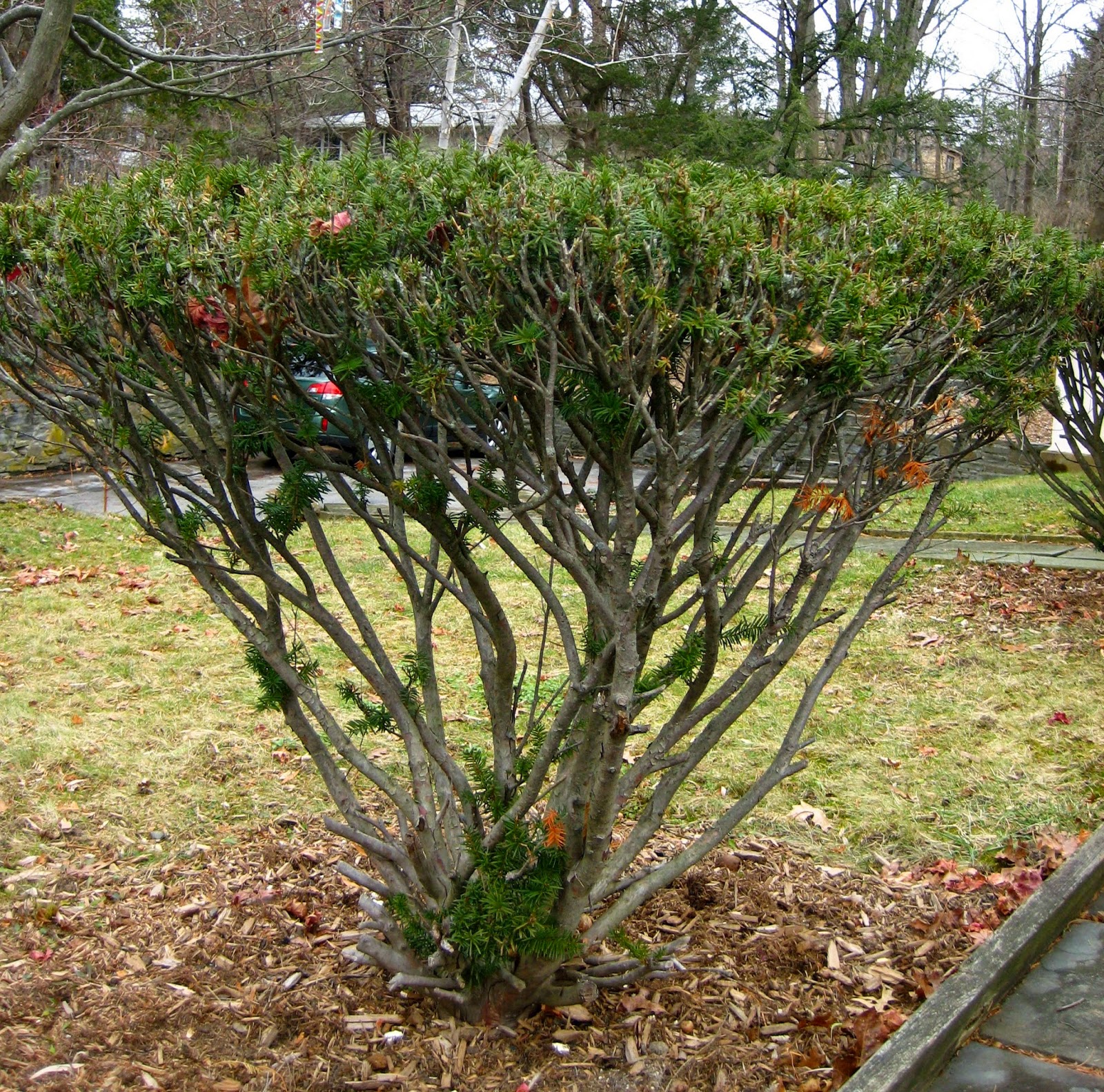 I have run into plenty of snags lately like the new rye bread recipe that I had planned to gift but wasn't fit for human consumption after my first attempt. Or, the unrealistic number of projects I planned to complete in December for the holidays or as a foundation for resolutions in the coming year. Or, an extended snowfall that never reached the volume to cancel school but certainly curtailed plans and slowed carpool travel for this mom. 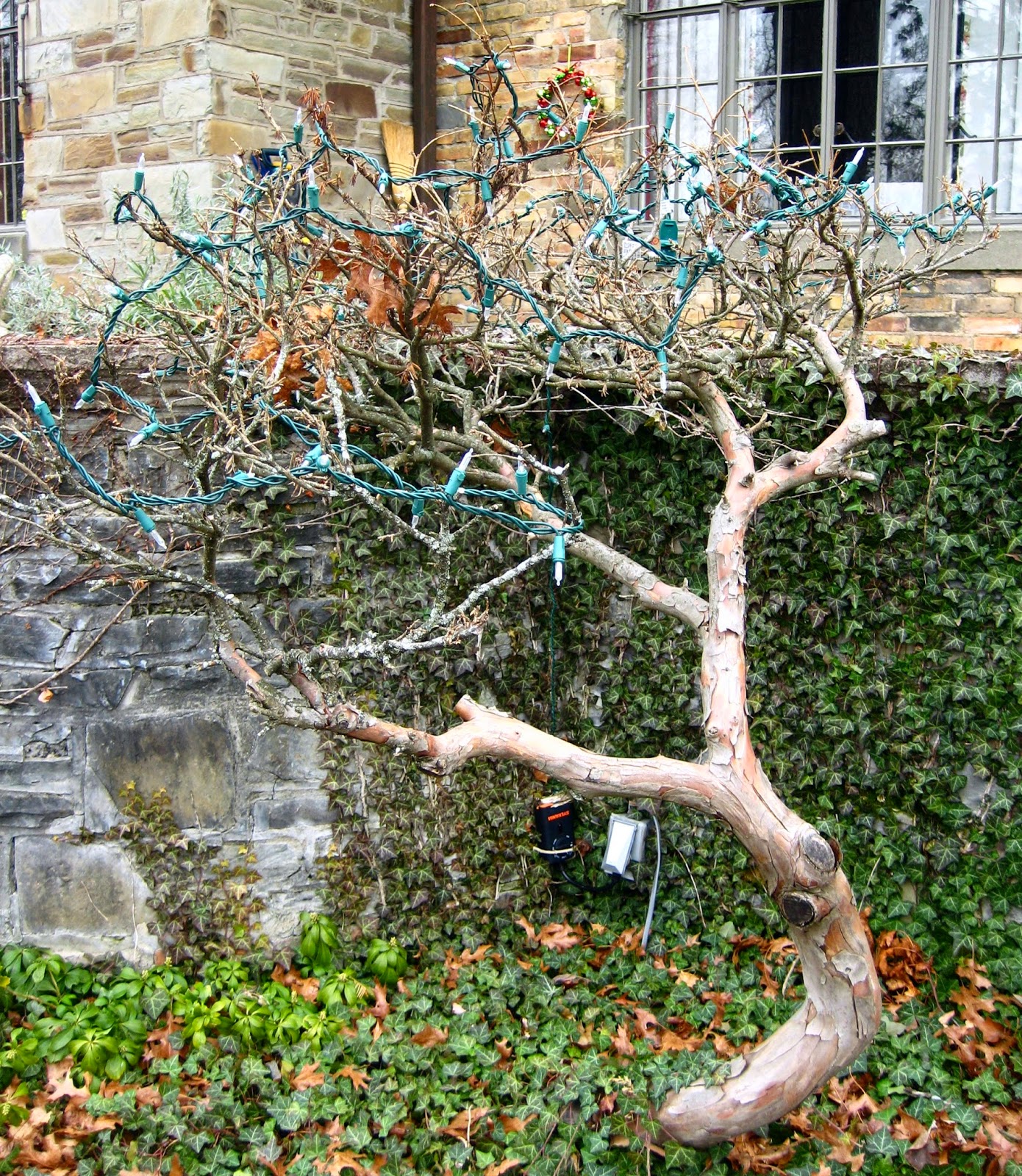 Still, the snowfall has been beautiful and lasting, because the wind hasn't picked up to knock it from the branches and the temperatures haven't spiked to melt it away. This is winter at its finest and just in time for decorating for the holidays. Here, I inadvertently encountered a snag of another sort and learned something new in the process, too. 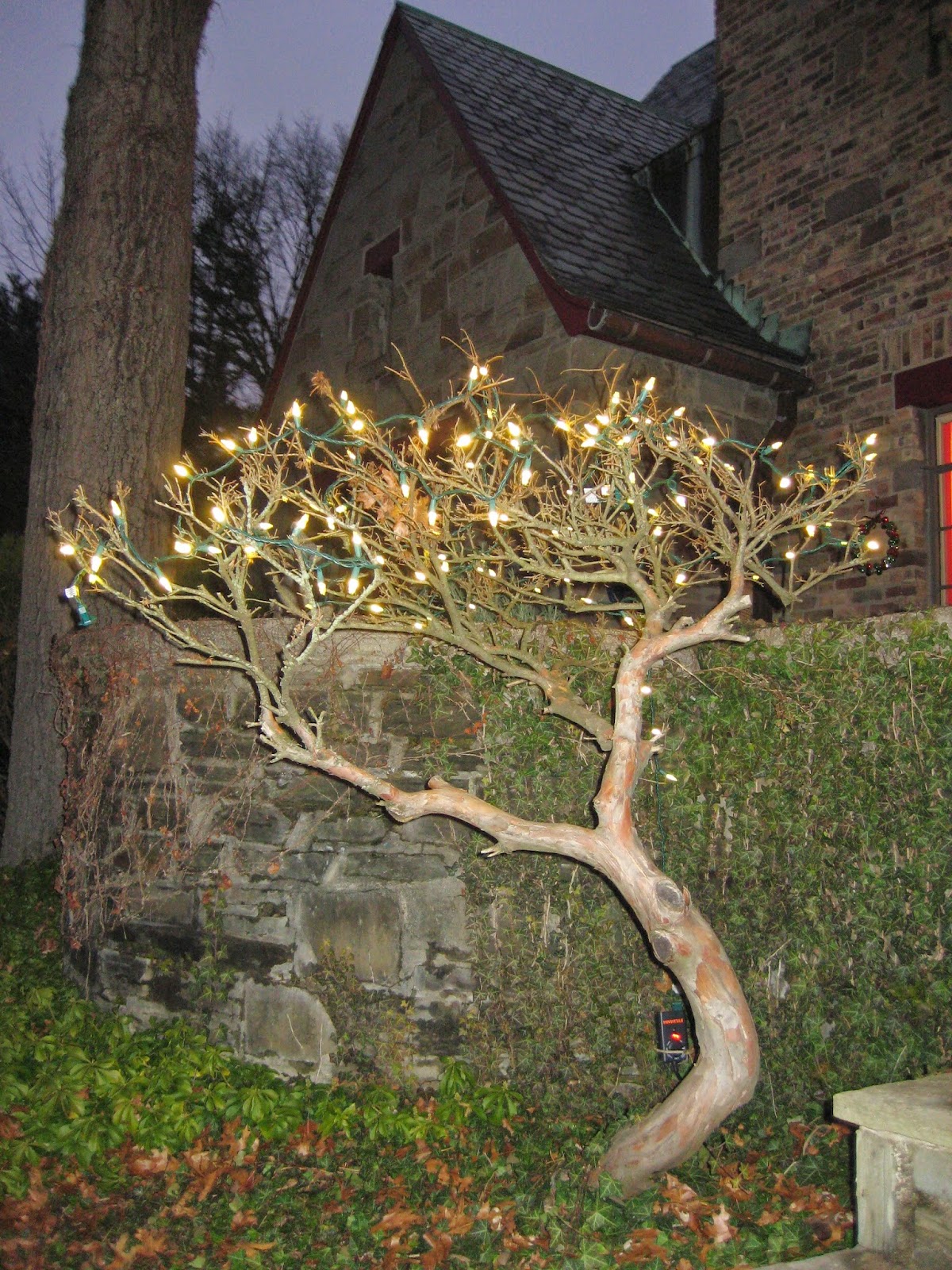 The established English Yews on our property have seen better days. The deer nibble incessantly on them in the winter such that the bush closest to the front door had so little greenery left, it died last summer. Instead of allowing my husband to yank it from the ground immediately, I decided to string it with white lights linked by timer with the lantern nearby as a festive touch at nightfall, some ambiance of sorts in my book. 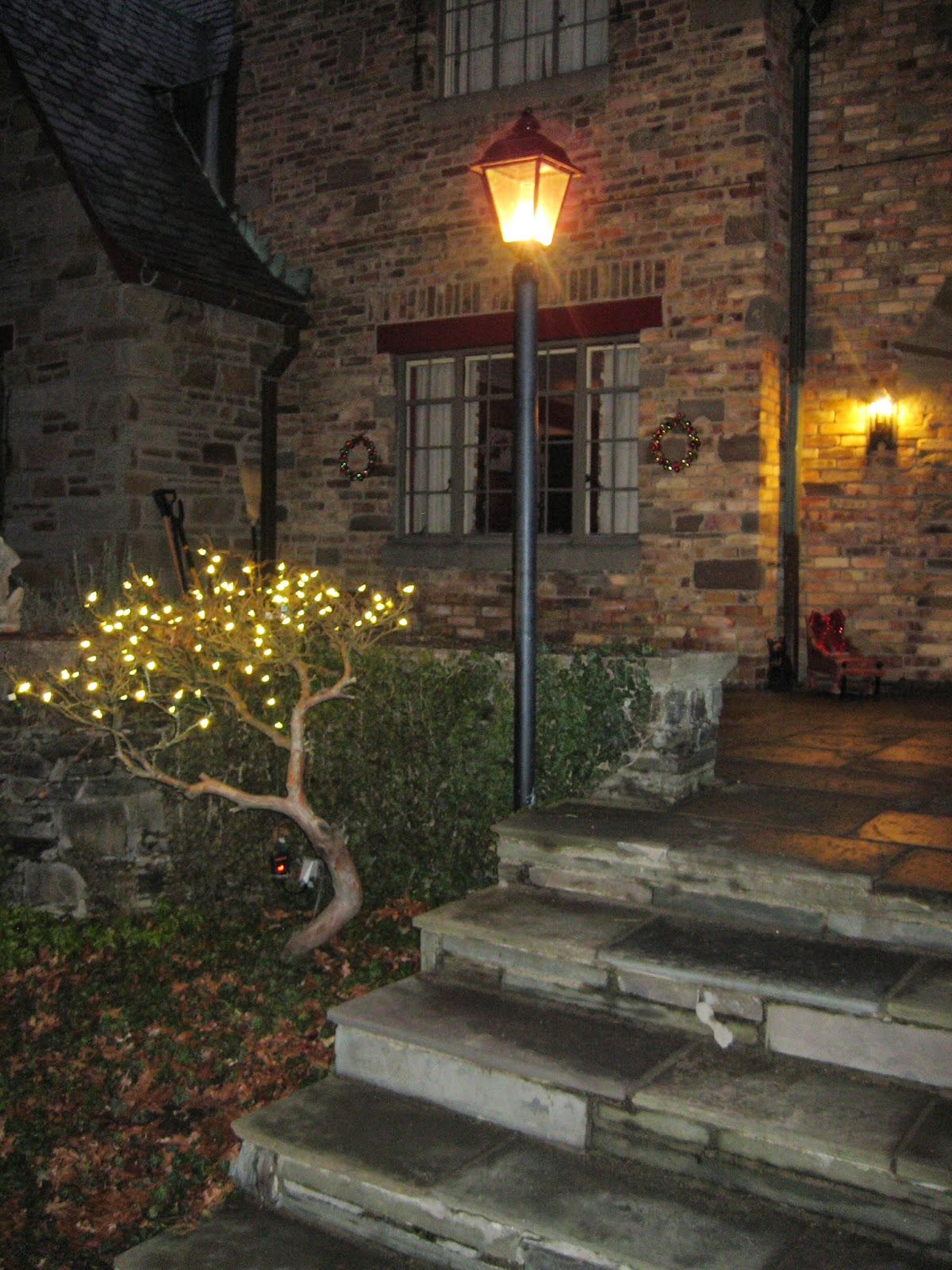 Then, I read about snags, or wildlife trees, on A Way to Garden, a horticulture blog by Margaret Roach that I follow and highly recommend. Margaret suggests cultivating dead and dying trees and bushes as habitat for living things. Remove what is necessary for safety and leave the rest as biomass to balance the ecosystem in your garden. What do you know? The English Yew Snag is not only beautifully lit but also an essential element to the health of our land. I can live with a snag like that. 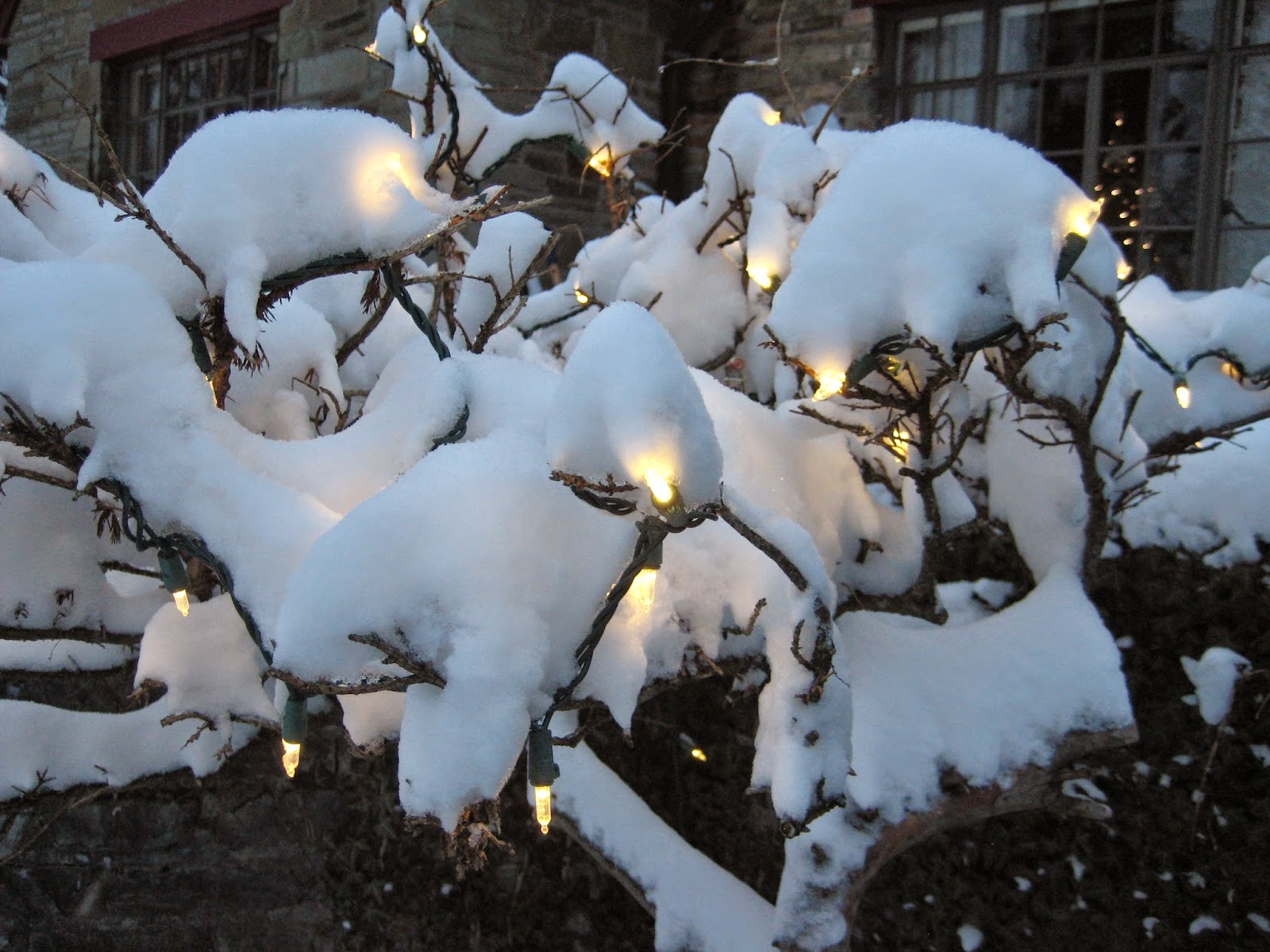 Finally, I began my cookie baking this week which really brought the holiday spirit into the house along with the snow and some carols. For cookie aficionados throughout the year, I have to recommend a new book, European Cookies for Every Occasion by Krisztina Maksai. The directions are thorough and the recipes increase in difficulty with each successive chapter so that you can bake cookies that not only appeal to your palate but also insure success at your skill level in the kitchen. I am sure someone would reward you deliciously, if you gifted it this holiday season. Just an idea to ponder.... 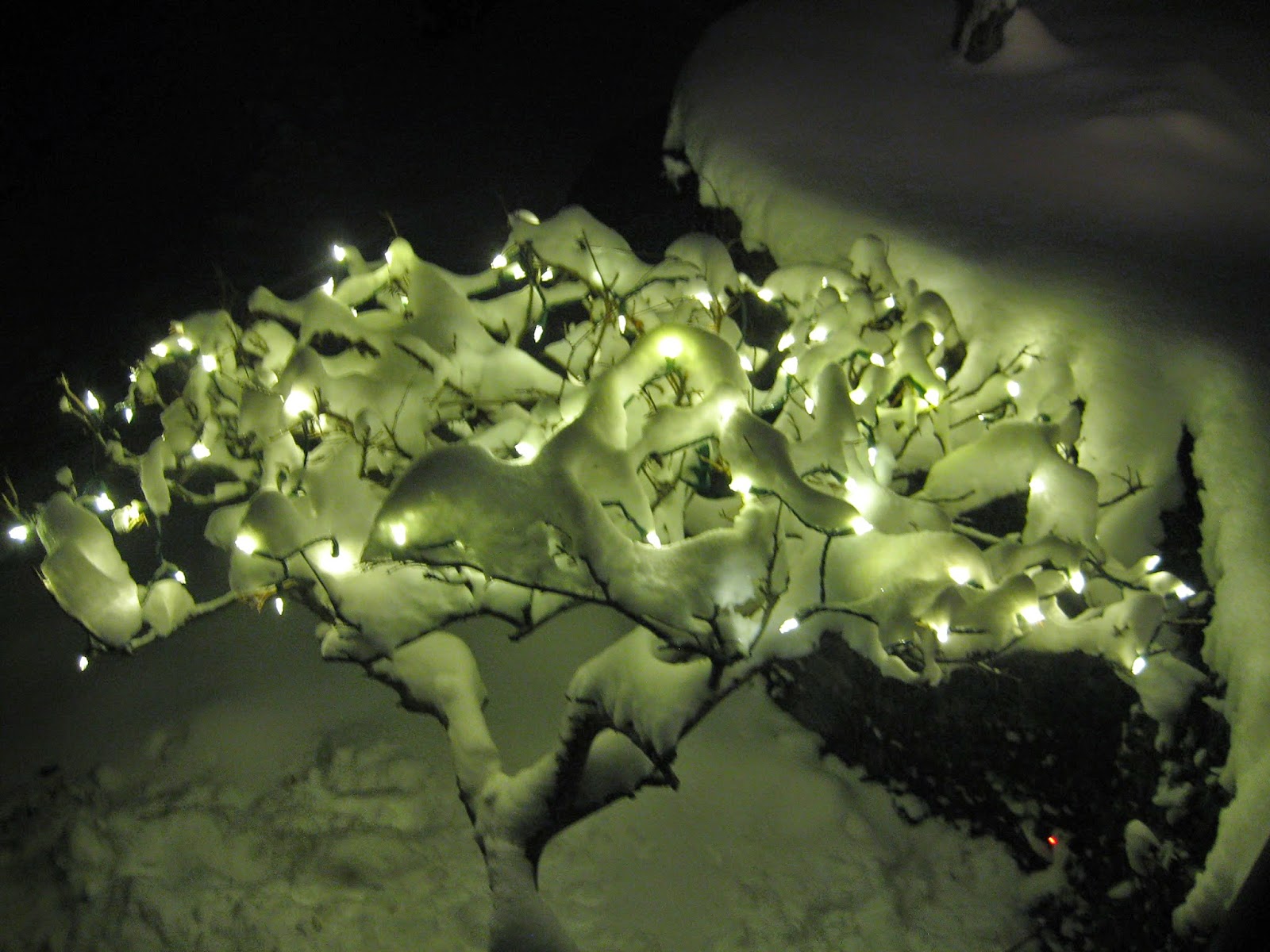 "If you pay attention, the events of an ordinary day can come together as a found poem." ~ Parker Palmer

"Each time I turn on the evening news I’m reminded: words are a double-edged sword. They have the power to inflame as well as to inform, to separate as well as to connect. Words destroy alliances, fuel anger, and spread propaganda, fear, and falsehood. Used cruelly, words shame and alienate and bully.

And in the throes of grief, words fail.

There is something to be said for silence." ~ Katrina Kenison

All rights reserved 2014 to forever and always. All the original work on this blog, including photographs & text, are solely the property of this blogger. To use, kindly request my permission.